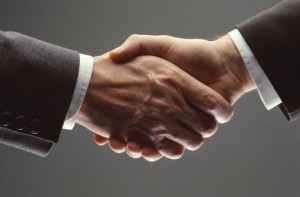 On May 28, 2014, the United States District Court for the Northern District of California granted summary judgment to the United States of America holding that an individual who purchased real property in 1987 and sold it in 1999 was not entitled to long term capital gain treatment on a portion of the sale proceeds.  This case illustrates the importance of understanding the tax laws and seeking professional assistance when the IRS comes knocking.  The case is Frederic Allen, et. al., Plaintiffs v United States of America, et. al., Defendants, 2014-1 U.S. Tax Cas. (CCH) P50,300 (2014).

In 1999, the taxpayer sold the property to Clarum Corporation, a property developer.  Clarum paid a lump sum to clear title to the property and agreed to pay 22% of its profits and a set fee to the taxpayer whenever a developed unit was sold.  In 2004, the taxpayer received a final installment payment from Clarum and was issued a Form 1099-Misc with respect to the payment.  In his deposition, the taxpayer testified that when he received a distribution from Clarum in the years prior to 2004, he reported it as “other income”.  In his declaration, the taxpayer asserted that his deposition testimony was wrong and that the distributions were reported as long term capital gain.  At trial, nobody submitted copies of the tax returns during the years at issue.  The taxpayer filed his 2004 tax return late in 2007 and did not originally report the $63,662 payment from Clarum.  In their amended return filed in September 2008, the taxpayer reported the $63,662 and characterized it as both a long term capital gain resulting from the sale of a partnership interest in Clarum and as “other income.”

In rendering its motion for summary judgment decision, the Court analyzed the cases and factors dealing with capital assets, principally, the rule that a capital asset is “property held by the taxpayer” except for “property held by the taxpayer primarily for sale to customers in the ordinary course of his trade or business.”  In determining whether property is held primarily for sale to customers in the ordinary course of a trade or business, this court looked at five factors: (i) the nature of the acquisition of the property; (ii) the frequency and continuity of sales over an extended period of time; (iii) the nature and extent of the taxpayer’s business; (iv) the activity of the seller with respect to the property; and (v) the extent and substantiality of the transaction.  Other courts sometimes have another factor that explores the duration of ownership, but this court did not list that as a factor.

The court in this case found that “the evidence is compelling that Allen intended to develop the Property when he purchased it and that he undertook substantial efforts to develop it during the time that he owned it’.  In rejecting the taxpayer’s argument that his intent in owning the property changed over time from development to holding for investment, the court stated that “Allen makes no showing of when, how or why his intent changed”.  Further, the court rejected the taxpayer’s argument that he could not have been engaged in the sale of property in the ordinary course of business because he only held one piece of property.  The court stated that the “one-bite”  rule such that a taxpayer who engaged only in one venture or one sale cannot under any circumstances be held to be in a trade or business as to that venture or sale has been rejected citing Cottle v Commissioner, 89 TC 467 (1987).

Given the fact that the taxpayer had owned this property for twelve years before it was sold, shows how important proper planning, documentation, and advice is when dealing with the sale of real property and attempting to obtain the favored capital gain treatment.  Proper planning, documentation, and advice is necessary at the time of acquisition of the real property, while development activities are considered or undertaken, when the property is sold, when the transaction is reported for tax purposes, and when the IRS or FTB comes knocking to inquire into the transaction.

Given the disparity between the capital gains tax rates and ordinary income tax rates, you can expect the IRS to be more aggressive in these cases, especially in light of this case.  Be careful out there.

– Jason W. Harrel is a Partner at Calone & Harrel Law Group, LLP who concentrates his practice in all manners of Taxation, Real Estate Transactions, Corporate, Partnership and Limited Liability Company law matters. He is a certified specialist in Taxation.  Mr. Harrel may be reached at 209-952-4545 or jwh@caloneandharrel.com